Thank you to Alcock & Associates P.C. for the infographic.

The United States of America is one of the busiest countries when it comes to vehicle traffic. There are currently over 273 million registered vehicles. Sadly, the high number of cars is among the leading reasons for the high fatalities, injuries, and damages caused by accidents on the roads.

Essential Facts on Car Accidents that you should Know

It is also important to note that 52% of road accidents happened within a radius of 5 miles of a person’s home, while 77% occur within a range of 15 miles.

Weekends record the highest number of road accidents even though the traffic is lower. The highest road accident cases in a week are recorded on Saturdays, while Monday records the least.

Driving while under the influence of alcohol is the leading cause of road accidents in the US. It accounts for about 32% of all road accidents. Although drunk driving is the most common cause, other drugs such as marijuana and heroin are contributing factors in DUI cases.

The saddest thing about driving under the influence is that it leads to the death of one person every fifty minutes in the US. This a total of over 26 deaths every single day. Surprisingly, of the 112 million reported drunk drivers, only 1.4 million ever get arrested for DUI, which shows a serious laxity by law enforcers.

The solution to this problem is for drivers to avoid driving while under the influence of alcohol. Although this can be hard for everyone to follow, the government should ensure that those caught violating the rule are charged and prosecuted for the same.

Surprisingly, some of the reasons for overspeeding can be avoided if people learn to organize themselves better. If you want to get to work early, wake up early, so you don’t have to over speed.

Even when you think you have a legit reason to over speed, it is never worth it if it is going to put your life in danger and the lives of other road users as well.

Distracted driving has always been one of the leading causes of road accidents in the united states, accounting for about 16% of all accidents. However, things have become worse with the proliferation of gadgets such as smartphone devices. Nowadays, it is common to find someone texting while driving or even fixing their make up. But all it takes is a split of a second, and the next thing you know is life has been lost, or someone’s physical condition has been damaged forever.

It is important to note that other occupants in the vehicle can also distract the driver while he/she is driving.

No one has control over the weather condition. Nonetheless, it is still one of the leading causes of road accidents, with about 11% of all accidents resulting from adverse weather such as heavy rainfall. Weather conditions such as rainfall can significantly change the road’s condition by making it slippery and cause less/reduced visibility. If you cannot postpone your drive and wait for the rain to subside, ensure that you drive at a slow speed while taking extreme caution.

How can you stay safe while driving?

To protect yourself while on the road, ensure that you use the safety features in your car like the seat belt, reverse sensors, and back-up cameras. Also, strictly adhere to the traffic signs, even when there seems to be no need to do so.

You should also hold the government and the industry accountable for all policies and measures that are placed to protect road users.

Only one vehicle in thirty one has enough deadlights, which also contributes to more road accidents.

There is a certain excitement that fills young drivers when they acquire their driving licenses for the first time. This has often lead to a high number of teen accidents in the US. The leading cause of crash deaths among young people often involves motor vehicles and is greatly caused by the inexperience that these young drivers have.

The high number of teen fatalities is what led to the adoption of graduated drivers licensing by many states, which has led to a decrease in the rate of teen accidents.

What role can parents play in ensuring that young drivers are safe on the road?

It is the moral responsibility of every parent to ensure that their son or daughter practices safe driving, even when the parent is not around. Otherwise, these young drivers will grow up into careless drivers, which will make our roads even more dangerous.

Important tips that can help parents

As of 2017, there were more than 44 million registered drivers aged 65 and above in the united states. Compared to 1999, this is a 63% increase. It is known that driving is one of the ways through which older people keep themselves active. But it also increases their risk of being injured or killed. The numbers show that about 20 adults aged over 65 die every day in road crashes, while 794 are injured.

Elderly drivers can stay safe while on the road by:

In the united states, road accidents are a leading cause of death among children. Between 2010 and 2014, about 18,000 kids had been involved in fatal road accidents. In all these cases involving child passengers, it was established that 43% of them were unstrapped, while 13% were seated in the front seat.

Here are some of the common mistakes that parents make when putting their children in a car seat:

All of the above mistakes can lead to serious injury on the baby, even if the vehicle slightly hits another car. As a parent, you should ensure that the child is strapped correctly and that their seat is correctly installed on the car seat.

Shared Space and How it Can help reduce road accidents

The shared space concept is a radically unique traffic design concept that calls for removing all road regulations to lower the number of road accidents. This concept is widely developed in countries like Germany, Sweden, Holland, France, and Spain.

Research has established that though the concept is meant to improve road usage, 63% of the American population still feel that it is a bad idea and gives a poor driving experience. On the other hand, 18% believe that it makes the driving experience better, while 19% find it fairly okay.

The dissatisfaction is caused by the fact that shared space has led to forced slow driving, while most drivers enjoy driving at high speeds. Pedestrians also felt safer with the traffic signs and not on roads that have adopted the shared space concept.

Are autonomous cars a solution to road accidents in America?

Currently, there is already a high number of cars on the road that use driver assistance technology, which has helped to reduce the number of road accidents.

However, companies like google believe that autonomous cars – those that can self-drive – are the solution to road accidents. They are expected to be safer as they won’t get drunk, Overspeed, recklessly drive themselves, mistakes that people make all the time.

Currently, it is believed that over 90% of accidents are caused by reckless driving. If an alternative is found, then the number of road accidents will reduce drastically, saving very many lives.

Road accidents can have devastating impacts on victims. For those that survive death, the injuries can greatly affect their quality of life. If you are involved in a car accident, and the mistake was not yours, you have a right to compensation for injuries sustained. It may be a bit complicated for you to seek compensation on your own, and that’s why you need legal help. Contact me today should you be involved in any road accident, big or small, and I will handle the matter for you. 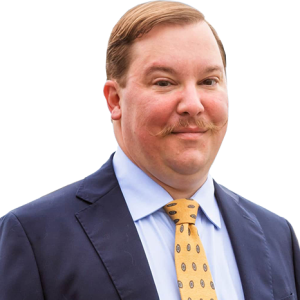 Mr. Hartman recently achieved a settlement on behalf of his client, a Beaufort, SC woman involved in a slip and fall claim, obtaining a $230,000.00 settlement with a maximum possible recovery of $300,000.00 had death resulted. “I sincerely believe in people over profits, which is why I choose to use my experience and skills to fight big insurance companies and corporations.” Frank Hartman is a Charleston SC car accident attorney, personal injury attorney, motorcycle accident attorneyThe Hartman Law Firm, LLC was established by Frank Hartman in 2011 in Charleston, South Carolina. Frank worked with a prominent local firm prior to opening his own firm. During the three years of his employment, Hartman tripled the settlement results for his clients.
PrevPreviousIncreased Deliveries Causing a Surge in Traffic Accidents
NextCan You File a Personal Injury Claim During Quarantine?Next

Can You File a Personal Injury Claim During Quarantine?

Being in quarantine has changed so many aspects of life.

Thank you to Alcock & Associates P.C. for the infographic. The